One way you can quickly diagnose Corporate Personality Disorder is by identifying symptoms of what I term Sick System Syndrome. You know all about “sick buildings.” That’s when the material and structure and the existing physical environment of a building physically makes you sick. Plenty of reason for this. Toxic materials, polluted air, and sometimes management that doesn’t give a damn until a few people stay home 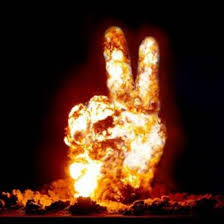 with some debilitating disease. We have federal and local laws against “sick buildings.” We are just starting, over the past few years, to enact laws against organizational Sick Systems. These are usually linked to workplace labor laws dealing with harassment, bullying, and other toxic and polluting human actions that rival physical building threats to employees.

It’s worth peeling back this notion of Sick System Syndrome because, unlike the ugly physical manifestations of sick buildings, including death, the toxic disrepair and emotional and physical debilitation arising from sick systems is often subtle, silent, and insidious. We may be literally dying from sick system syndrome and not be aware of it, believing that our flat-out sprint on the treadmill of organizational life is normal, and our gasping and grasping is just par for the course. “It is what it is,” we say to ourselves and others, trying to rationalize the absurdity of our life.

So, to cheer us all up, let’s talk more about death! There are three forms of death: clinical death (which is fairly straight-forward), but also death of self-image and death of hope. Within a sick system, death of self-image and death of hope may be as traumatic and frightening as the prospect of clinical death. Corporate personality disorder and its identifying marker of sick system syndrome is ground zero for the assault on our emotional and physical being.

Like within a sick building, those within a sick system can have physical and emotional symptoms. There are the angry outbursts, the crying, the headaches, and the constantly knotted stomach with the accompanying digestive ramifications. There is the sense of isolation, the constant state of tiredness, where one awakens not to a refreshed state of renewal but to an even deeper fatigue and dread of getting out of bed.

One of the more insidious things about sick system syndrome is the eventual collapse of our up-to-then healthy sense of purpose and self-confidence. It is this death-of-self image that I most often see in sick systems where the heavy weight of disrespect, abandonment, and devaluation of others eventually crushes even the most resilient of employees.

This is when even the strongest of us must stand back and regain our bearings. To ask ourselves what is truly important to our lives. By not catching ourselves early and quickly enough, by not looking in the mirror and recognizing our true reflection and value, we’re in danger of allowing the death of hope to envelop us completely–to wrap us in a dark, suffocating blanket of nobody and nothingness.

To stop ourselves from getting sucked into the vortex of an organizational sick system, to prevent being destroyed by corporate personality disorder, it’s important to appreciate that the death of identity, of self-image, is a kick to the head. It especially happens when who we are becomes inextricably entwined with what we do at our daily work. In such a place, when we no longer do what we’ve always done and been known for (because of demotions, stalled career paths, political back-stabbing, etc.) we no longer are.

2 thoughts on “Rescuing yourself from corporate Sick System Syndrome”