I am on a bus with a friend, heading to a meeting when I notice his body language dramatically tightens, his face in pain. He is paler, stressed. “Are you okay?” I ask. He says we’re passing a building where four years ago he had a job in middle management. The job was pure hell. His boss 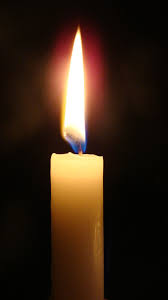 was a monster; he was continually humiliated and berated; he was told he was “deadwood” without a future; and he was demeaned in front of his colleagues on a regular basis.

He says, “I just couldn’t stand it anymore. I was sick to my stomach. I couldn’t even get out of bed knowing I had to swim in that toxic sea at work.” And then, my friend says he was “constructively dismissed” for not “sharing the vision of the company.” That cruel euphemism of course means he was killed off. Culled from the herd because his value was seen as worthless.

My friend confesses that for two years following his being jettisoned from the job from hell, he would suffer heart palpitations and shortness of breath whenever he came within a block of his old office. Today, four years after the fact, he wasn’t feeling much better. Why should he? There had been no closure, no understanding. His old boss was still there despite negative internal assessments, despite a bevy of complaints and formal grievances, and despite no change in the boss’s behavior.

The death of self-image and self-worth is incremental or sudden. Especially when who we are is confused with what we do. Death of hope takes longer because natural, primordial survival instincts buried deep in the recesses of our brain’s hard wiring, like the pilot light flickering tiny but steady within a dark and cold gas heater, promise renewal, reinvention and comfort. So we find or invent sparks of light in the far distance, we line our clouds with silver, and we seek friendship in even misty mirages. Our world would become cold and time would become quite meaningless without this pilot light of hope, and in the final stages we would simply be drained of all energy and emotion and caring.

It’s this pilot light in our soul–this tiny but powerful flame of emotional energy–that ultimately sustains us through the darkest and coldest of personal storms, proving a source of reignition, resistance and renewal. But pilot lights need lighting and expansion. Sometimes we need help from others to ignite our flame of hope, help from those whom we trust and who see the damage that corporate personality disorders can bring.

So here’s a thought. If you’re feeling pain because of the effects of corporate personality disorder, experiencing both organizational and personal meltdown, just stop what you’re doing. Light a candle and consider who you really are as a person–not the mechanical, industrial creation, but your emotional self–your inner core. Think about what’s truly important to you. Not your job, not the organization chart, not your place on the slippery rung of prestige and pride, but your need to be truly human. To deeply experience emotions and to be honest and open about those emotions with yourself and others.