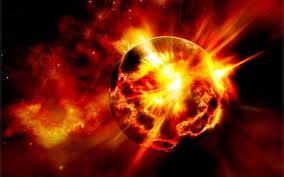 “Politicians getting shot during an election, assassinations, incitements to violence…” Wow. Are we speaking here of Venezuela? Of riots on the streets in some backwater banana republic? No. This is coming from Michael Wernick, the top civil servant in Canada and sage advisor to the Prime Minster and cabinet.

On February 21 Wenick testified during a political justice committee looking into the shoddy and possibly illegal practices of Quebec-based SNC-Lavalin and the alleged very cozy ties to Prime Minister Justin Trudeau and the national Liberal Party. The whole point of the committee meeting was to explore just how cozy and protective those ties between Quebec’s corporate giant and the Prime Minister’s Office are and did former Canadian Justice Minister Jody Wilson-Rabould get a stern finger-wagging and then a boot out of her job for not playing along.

But never mind all that and the slippery wordplay of Wenrick related to the bubbling political scandal. He began his testimony to the justice committee by using what I have learned from my cabinet experience as the counter-strike “4 Ds.” Deny, Delay, Deflect, and Destroy. I was once told by a colleague and senior deputy minister in a provincial government that “If we can’t deal with the crisis before us, then create a much bigger one that deflects attention but gives us control.”

So Canada’s top civil servant started his testimony, and was of course quoted nationally and internationally, that he was “deeply concerned about my country now, it’s politics, and where it’s headed.” Okay. Warm mush with titillating media impact. But then he poured gasoline on those embers of discontent. The Deflect and Destroy the critics card.

Wernick actually  said, “I worry about the rising tides of incitements to violence, when people use terms like treason and traitor in open discourse. Those are the words that lead to assassination. I’m worried that somebody is going to be shot in this country this year, during the federal campaign.”

What????!!!!  If any other person in Canada started spouting off nationally that pro-pipeline and other worried Canadians are using code words for assassination and shooting a politician during this year’s federal election they would immediately be hauled before the RCMP’s Integrated National Security Enforcement Team, the Canadian Security Intelligence Service and other law enforcement and anti-terrorism units for a detailed and full explanation of their comments. Doubt that’s happening. Not even follow-up questions by the media demanding facts, proof, and evidence.

Some would even argue that the inflammatory comments by Wernick could be construed as an “incitement to violence.”

Wernick’s outrageous and absurd warnings about Canadians shooting politicians, assassinations, and condemning the understandable language  coming from frustrated and fearful-for-their-future ordinary folks is nothing less than an attempt to muzzle open criticism of how the federal government and especially the prime minister are mismanaging the economy, national and international affairs, immigration, and a plethora of other irritants.

Curious we have not heard the same warnings from our esteemed head of the civil service when those in favour of using violence and law-breaking to support the government’s agenda regarding halting pipelines and other issues making headlines.